This time we tried to compose a new Lab using the most of our growing Eurorack modular synth. And we wanted to use our new DIY module Ornament & Crime for sequencing to give a more experimental flavour. 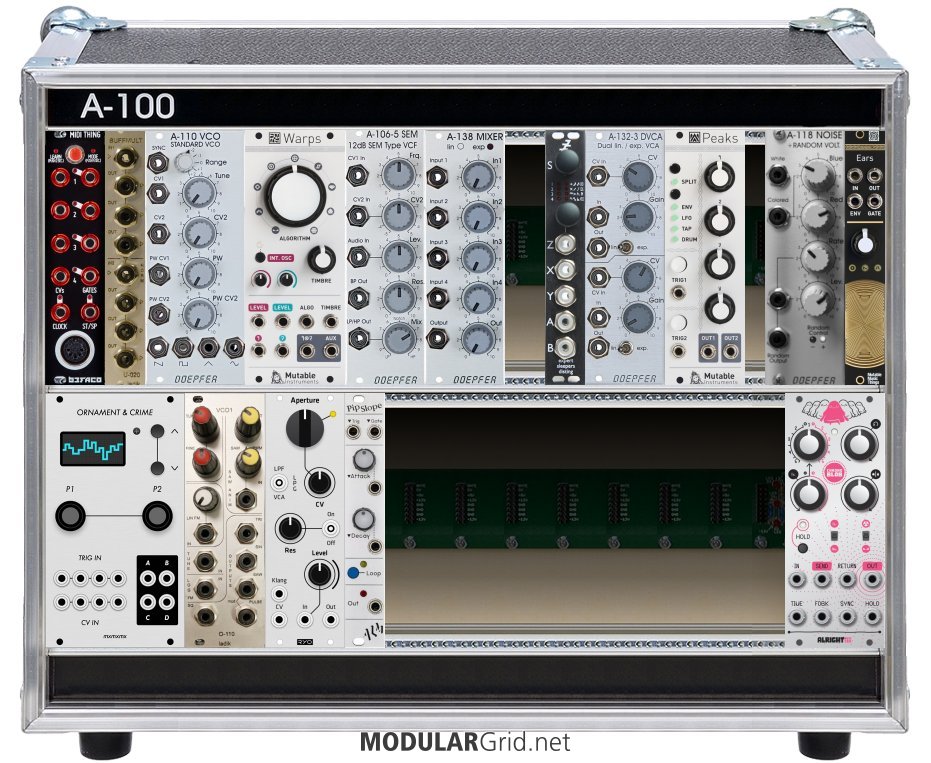 -The first sound is our single High Life from our last album Arcade. It’s played by the ES Disting MK3 in stereo at 1/8 of the original speed. We used previously the software Paul Extreme Sound Strech to expand the original file to 8x its original lenght.

-In 0:45 a little of white noise is mixed.
-In 1:15 the bass appears softly sequenced by the 1st channel of O&C using its Meta-Q app. Its a Turing Machine generating random notes from a pentatonic major scale of C (if I remember correctly).
-Can you hear in 1:39 how the chorus from High Life is singed at 1/8 speed in the background?
-In 1:49 a high C is mixed in, comming from the MI Warps internal oscilator.
-At 2:15 an arp appears. It’s a second Turing Machine from O&C sequencing the Doepfer oscillator with another pentatonic scale. A little delay is added with the ChronoBlob.
-At 5:30 I use the MI Ears to generate a trigger to change the quantization of the O&C to diatonic scales.

This composition is also inspired by The Unanswered Question of Charles Ives, where different instruments are playing at independent tempos. There is no relation between the parts.

Lab 0008 is made with our Eurorack modular synth, sequenced by the DIY Ornament & Crime and mixed live with the Elektron Octatrack.